Peter Fincham to be honoured at MipFormats 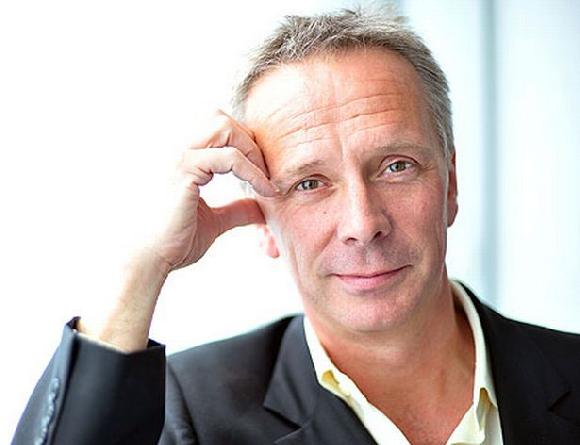 Peter Fincham, co-CEO of Expectation Entertainment in the UK, is to receive the International Formats Gold Award at MipFormats in April, where he will also deliver a keynote address.

The award will be presented on Saturday April 6 at MipFormats in Cannes, France, during a gala dinner at ClubC21, where Fincham will be the guest of honour. The prestigious Gold Award is presented annually by C21, Frapa, EMC and MipFormats to executives who have made a significant impact on the global entertainment business.

Prior to setting up Expectation with former Endemol Shine Group president Tim Hincks in 2017, Fincham was director of television at UK broadcaster ITV for almost eight years.

He joined ITV in 2008 after two years as controller of BBC1 and prior to that was CEO of Fremantle-owned Talkback Thames. He joined the firm in 1985 and became MD the following year. During his Talkback career, Fincham executive produced many hit shows including The Day Today (BBC2), Brass Eye (Channel 4), I’m Alan Partridge (BBC2), Never Mind the Buzzcocks (BBC2), Smack the Pony (C4) and Da Ali G Show (C4). Talkback also produced The X Factor and Britain’s Got Talent (ITV) during Fincham’s tenure, while his time at the BBC included oversight of The One Show and a revival of entertainment with shows such as How Do You Solve a Problem Like Maria?. Successes during Fincham’s stint at ITV included dramas Downton Abbey, Broadchurch, Appropriate Adult, Mrs Biggs and Cilla, factual programme Long Lost Family and ITV2 shows such as The Only Way is Essex.

Previous recipients of the Formats Gold Award are:

Announcing Fincham’s award, C21Media’s editor-in-chief & managing director David Jenkinson said: <em>“Peter’s steady hand has guided some of the most successful channels and programmes across the past 40 years. He has a reputation for spotting and nurturing the best talent, and creating the right environment in which to let it flourish. We are delighted to recognise his contribution to the business across four decades.”</em>

Phil Gurin, Frapa co-chairman and president and CEO at The Gurin Company, said: <em>“Peter Fincham has a long and distinguished career working on ground-breaking content. His creative and executive leadership at TalkBack Thames and ITV produced shows that are still part of the collective global format conversation. His working relationship with talent, creators and producers is widely respected for its creative and collaborative spirit. It’s an honour to present the Gold Award to such an industry leader.”</em>

Lucy Smith, director of MipFormats, added: <em>“We are delighted to welcome Peter Fincham to MipFormats 2019, where he will be presented with the Gold Award. Peter has left an indelible mark on the industry throughout his remarkable career, whether creating or producing formats or controlling some of the UK’s leading channels. He is a truly deserving winner of the Formats Gold Award.”</em> The overall theme of MipFormats this year is the power game between new and legacy players in the formats business, with two days of sessions devoted to understanding the future of formats. Fincham’s keynote address will take place on Sunday 7 April, 11.35-12.00, in the Debussy Theatre in the Palais de Festivals.