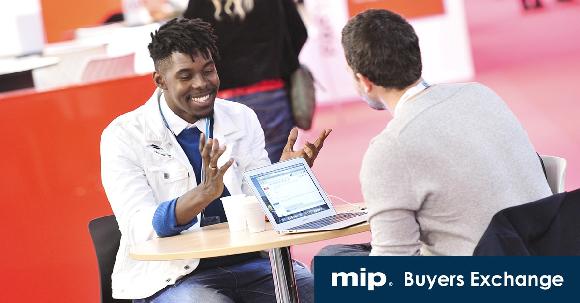 MIPTV today announces the creation of a new service to facilitate the sales and pre-sales process: the MIP Buyers Exchange.

MIPTV, the international market for content development and distribution, takes place in Cannes, France from 8-11 April 2019.

The MIP Buyers Exchange is a new curated programme to provide exhibitors with additional pre-scheduled buyer meetings according to their specific needs. This online service has been designed to complement existing schedules with additional recommended one-on-one meetings to discover and connect with a selection of qualified buyers based on pre-determined preferences.

“The MIP Buyers Exchange has been developed to complement exhibitors’ schedules with additional targeted one-on-one meetings. This accelerates the process of making new contacts from different countries and genres in a fast-changing industry,” said Laurine Garaude, Director of TV at Reed MIDEM, which organises MIPTV. “Pre-arranged agendas are an integral part of Reed MIDEM’s regional content events, MIP Cancun for Latam and MIP China in Hangzhou, and have proved very popular and effective.”