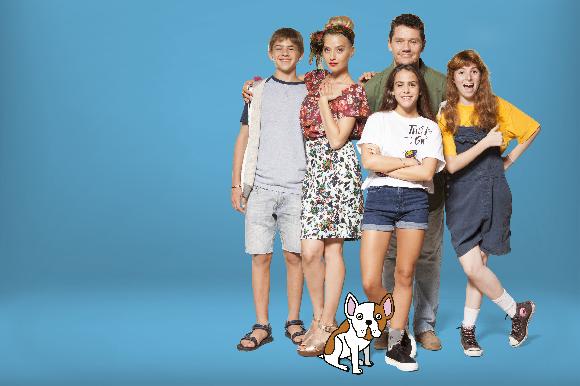 KI has licensed Belgium broadcaster Medialaan all three seasons of the Israeli ratings record-breaking daily-drama THE GREENHOUSE (175x22’), three seasons of the live action series SPELL KEEPERS (150x22’) and three seasons of the sitcom BED & BISCUIT (totalling 51x22’). All of these Hebrew language shows originally premiered on Nickelodeon Israel and Teen Nick exclusively on Yes TV and are produced by Nutz Productions, a subsidiary of the multi-channel media group Ananey Communications.

Medialaan’s Head of Kids, Serge Van Eyck says, “As a leading TV broadcaster in Belgium we are delighted to work together with Keshet International and are convinced that these high-quality and high-volume live action series will appeal to a wide audience. We believe that the stories told in these series are universal and will be warmly appreciated by our Belgian kids.”
Orly Atlas-Katz, CEO Ananey Communications Group says, “We are delighted to witness, again and again, the way in which kids and teens around the world embrace our original award winning productions and fall in love with them, just as kids and teens in Israel did.”
Created by Giora Chamizer, THE GREENHOUSE (S1, S2 and S3, totalling 175x22’) centres on a brother and sister who, after losing their mother in a spaceship crash, arrive at an elite boarding school for gifted future leaders: The Greenhouse. They join two competing houses within the school but, only by joining forces can they save the country from a disaster.

Based on original idea by Sivan Shiknagy and Einat Shahak and created by Michal Cooper-Keren, SPELL KEEPERS (S1, S2 and S3, totalling 150x22’) is an exciting, mysterious and fantastical daily-drama series focussing on two strong and determined female heroines – Kirki and Laila. The Spell Keepers are a secret group of good witches called Kadabras, whose role is to protect humanity from supernatural creatures who threaten to harm them. Together, they are the strongest force in the supernatural world.

Created by Hagit Bilia and Lior Kfir, BED & BISCUIT (S1, S2 and S3, totalling 51x22’) is a sitcom for younger kids, which takes place in a family-run boarding kennel for dogs in a small village in Israel. Moti is a mediocre lawyer who has had enough of the big city and wants to live a simpler life and spend more time with his only daughter Ori. Together, the energetic father and smart and funny daughter make the move into the country to run their family business – a dog kennel.